The power of boxplots

A boxplot is a visualisation of a numerical variable based on summary statistics.

Boxplots are most useful in making comparisons. For example: 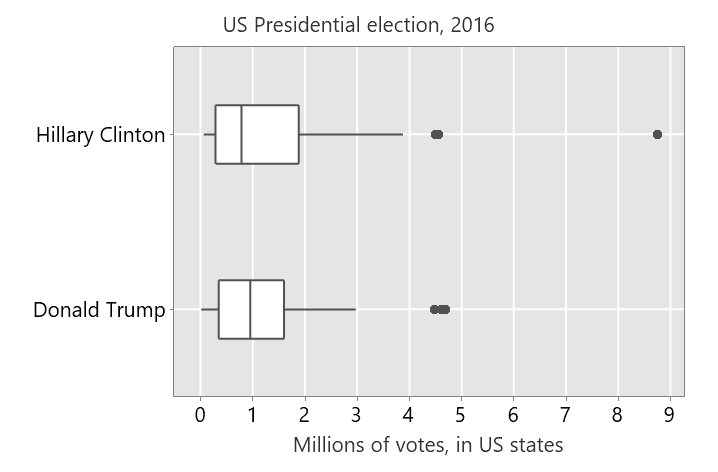 The data are the number of votes for Hillary Clinton and Donald Trump in each of the US states in the 2016 US Presidential election.

The nuts and bolts

Boxplots are comprised of:

The line in the box is the median.

The ends of the box are either:

Tukey invented the boxplot as an easy visualisation to construct by hand; he defined the hinges as easy to compute approximations to the quartiles.

Consider now, just the votes for Trump in the 2016 Presidential election. The dotplot below the boxplot shows the raw data. 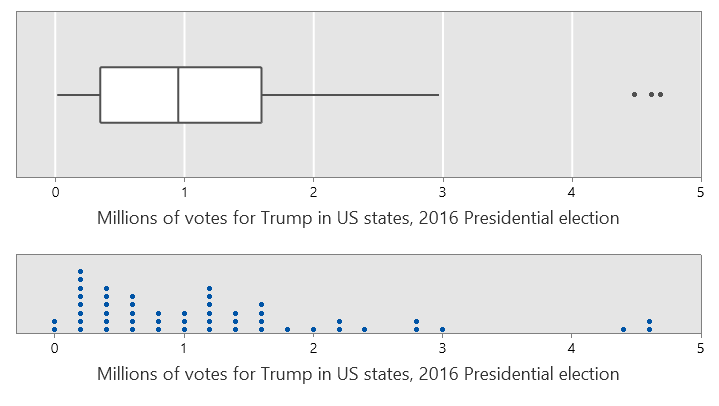 Note that the whiskers extend to real values in the data. 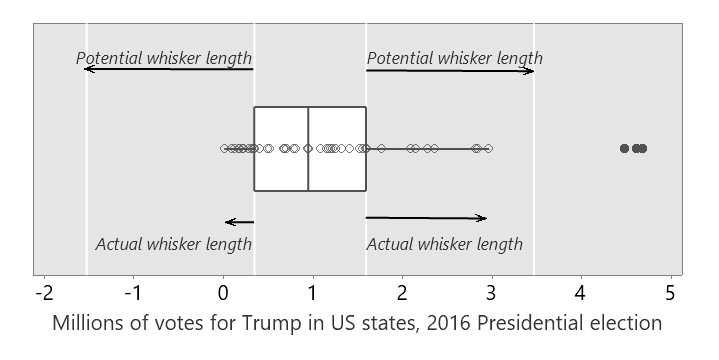 How to spot a fake boxplot

You can find explanations of boxplots that are poorly considered, and usually that means that they are constructed without using real data.

… because the whiskers are much longer than 1.5 times the box length.

… because one of the whiskers is much longer than 1.5 times the box length.

… because the right whisker isn’t long enough, there should not be any outliers here. 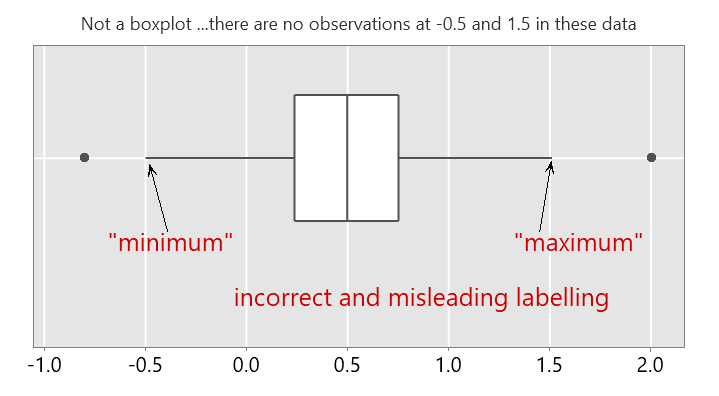 … because the whiskers are 1.5 times the box length, but we are told there are no observations at those endpoints.  In addition, the ends of the whiskers are labelled “minimum” and “maximum”.   This is confusing, they are not the minimum and maximum values in the data.

You can find an example of such a confusing explanation here.  Note that boxplots are not used in practice to represent a statistical model or probability density function.  They are a visualisation of observed data.